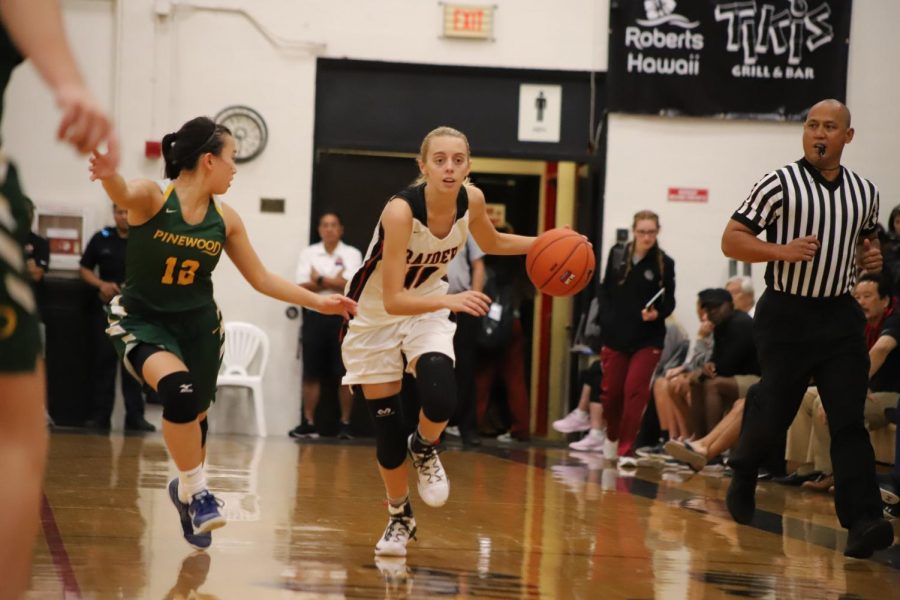 ‘Iolani Girls Basketball Head Coach Dean Young knows how high expectations are following last year’s state championship.Returning a large majority of the squad known for its long-range offense and suffocating defense, hopes are running high in the bid for a repeat performance.

“This year’s group is much more seasoned and everyone has stepped up their game,” Young said, a frightful thought for other teams after last season’s dominating run to a state championship. Returning a large majority of the squad known for its long-range offense and suffocating defense, hopes are running high in the bid for a repeat performance.

Gone is the veteran presence of graduates Taylor Wu ’19 and Shyann Kahalehoe ’19, yet there is no cause for concern when it comes to leadership.

“You can never replace players like Taylor and Shyann, but we still have capable people. I expect that my only senior, Kylie Yung ‘20, will continue to lead by example. She is the hardest working player I have coached.”

Several other standout players have made a name for themselves, including Lily Lefotu Wahinekapu ‘21 and sisters Alexsandra ‘21 and Alexis ‘21 Huntimer.

Wahinekapu has exhibited a wide array of skills, “Lily exploded onto the scene as a Sophomore and I consider to be one of the best players in the state.”

Alexsandra, who earned the rare distinction of being a captain as an underclassman, has been lauded for her consistent play while Alexis is a defensive maestro, heading a full-court press that has caused headaches for opposing ball handlers.
As a team, the Raiders embrace the lessons preached by Young.

“The most important concept we preach is being unselfish, which flows right into our mantra of One Team. An unselfish player will make the extra pass so that the offense flows while committing themselves to giving maximum effort on the defensive end.”

On the court, Iolani has opened the season 4-0, outscoring their opponents by almost 25 points per game. However, their gaudy scoring numbers are not all that is propelling them to victory.

“I think that since we play at such an upbeat tempo with quick transition and lots of shots that people assume we are an offensive oriented team. But really, our defense is where we get the job done and what allowed us to win the championship.”

If you ask Coach Young, offense starts with defense and just a quick glimpse at one of their games would show why that is the case. The Raiders press with such intensity that it is palpable in the stands.
With a long season ahead, there is much hope for the future.

“Hopefully we can continue to work hard and improve throughout the season. One thing is for certain, this will be a great journey and process.”