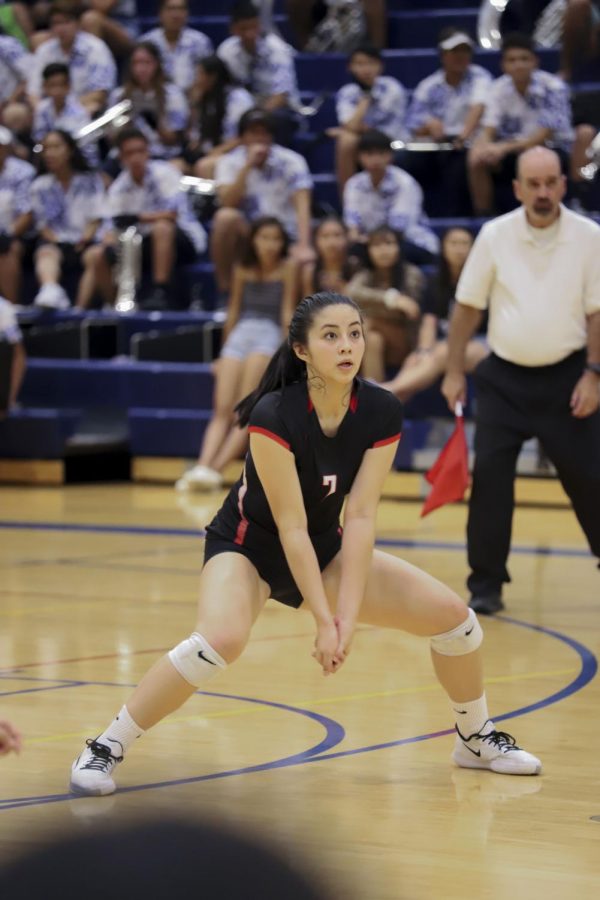 Adorned in red, the energetic Raider Nation flooded into Kamehameha School’s Kekuhaupi’o Gym with vibrant signs to cheer on the Division I Girls Volleyball team. The defending state champions played against the third ranked Kamehameha Warriors for the third and final spot for the Interscholastic League of Honolulu’s Division I state tournament later this month. Unfortunately, the Raiders came up just short in a contest that went down to the last set, and ‘Iolani exits the ILH playoffs graciously one year after raising the black championship banner.

The Raiders started off strong, winning the first set with a score of 25-19. ‘Iolani kept their momentum and jumped right into the second set with a 6-1 lead. The Warriors went on to tie the score at 13, but the Raiders rallied to win the second set by 10 points, 25-15. Nationally acclaimed Elena Oglivie ’20 especially shined, leading the Raiders’ offense with 40 kills. Meanwhile, sophomore Mokihana Tufono ’22 showed promise for the future, registering 52 assists on the night.

Kamehameha, however, came back to take the third and fourth sets. ‘Iolani narrowly lost the third set 22-25, and after the Warriors claimed victory over the fourth set, everything came down to the fifth and final set. In this set, first team to 15 with a two point differential won. The Raiders’ were close to claiming victory after Oglivie registered a kill from the left wing to make the score 15-14. However, ‘Iolani never took the two point differential, and this grueling two-hour and 20-minute match ended with a score of 17-15 in favor of the Warriors. Unfortunately, this loss marks the end of the season for the previously second ranked ‘Iolani. The Raiders officially finish their season with a record of 9-4. The final scores of the game came out to 25-19, 25-15, 22-25, 14-25, and 15-17.