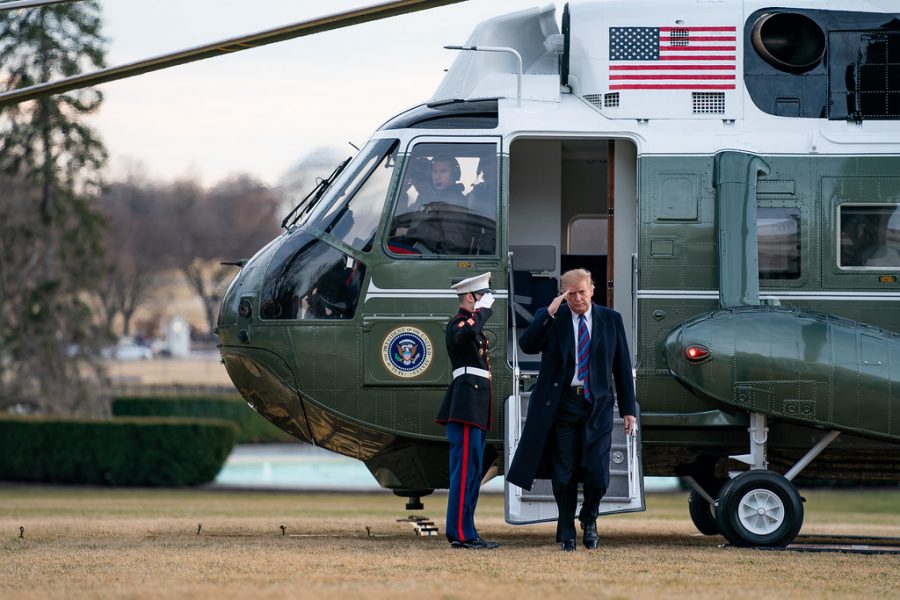 On Oct. 1, the president of The United States of America Donald Trump was diagnosed with COVID-19. Following his diagnosis, President Trump’s physician published a memorandum stating that Trump was “in good spirits.” The next day, the president woke up with a fever and cough. Later into the day, the president was injected with an experimental cocktail of drugs with hopes of mitigating his condition. He was then airlifted to Walter Reed Medical Center where he could be more effectively monitored and treated.

This should scare you regardless of your political beliefs. The country is in the midst of a national health crisis which has not been experienced since the 1918 flu pandemic. It is ravaging our nation during a historic election that will determine our fate as a nation. Many people might think that the president’s illness is a good thing as it will hamper his ability to make potentially harmful decisions. You might think that this is what he deserves. However, an incapacitated president, regardless of their ineptitude, is not what our country needs right now.

Our nation is already precariously imbalanced by virtue of the aforementioned circumstances, as well as a growing political divide between our nation’s two predominant political parties. Neighbors are turning against one another, vigilant militias roam the streets and riots have broken out in many major cities. The country has renewed its struggle for equal rights in earnest. Many such events have occurred in the country’s past but never all at once and with such intensity. Never in an age in which social media spreads misinformation like wildfire (pun intended). On a more serious note, there are actual wildfires burning on the west coast devastating communities in California, Oregon, Washington and beyond that have already been affected by the Coronavirus. If the president cannot recover, we will be in a very precarious position. It troubles me to think about what might happen to the nation if we cannot band together and face these crises together, not as Democrats and Republicans but as Americans. If we can do this act in solidarity, however, there is nothing that this nation cannot accomplish. No hurdle is too big, not even this one.