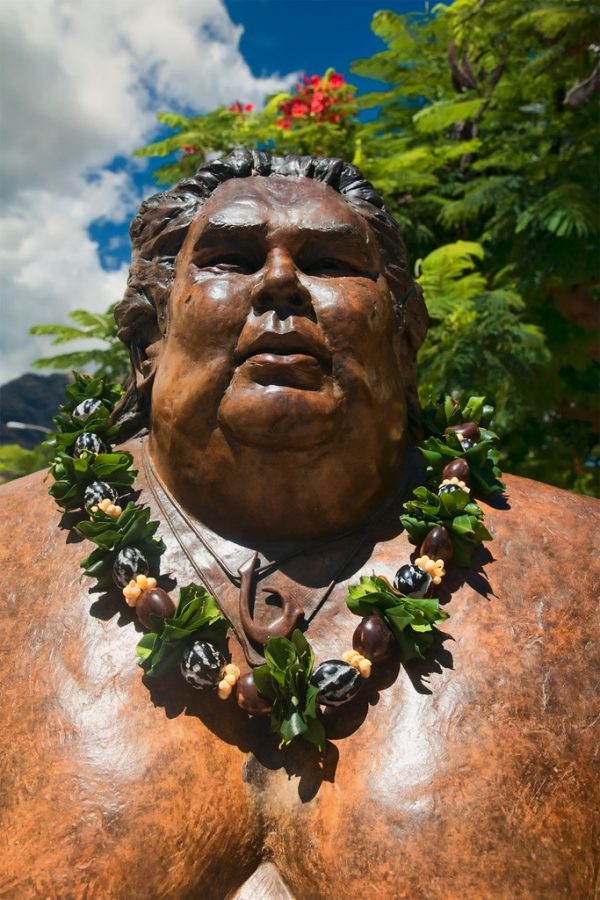 As part of celebrating the Asian Americans and their culture, Google made one doodle to specifically honor a distinguished musician of Hawaiian descent, Israel Kamakawiwoʻole. Born and raised in Hawaiʻi, Kamakawiwoʻole developed an interest for music from a young age. Later in his life, he began to write and perform music directed towards a larger audience. Sure enough, his songs “Over the Rainbow” and “What a Wonderful World” became worldwide hits, and on YouTube have millions of views. Uniquely, “Over the Rainbow” began one night with him resorting to singing, and the earliest version of the song was born in one recording. Both songs describe an island life in a calming voice with a light presence of the ukulele in the background.
Sadly, due to health complications, he died in 1997 at the age of 38. However, his presence is still here today, as many people continue to enjoy his restful music especially in this tense time. In addition, due to the impact he made on the native Hawaiian community, a statue was built in honor of him near where he grew up in Mākaha, Hawaiʻi.
The next time you happen to dive into music, make sure to check out the doodle and watch brilliant cartooning combine with tranquilizing music.