Students React to Year Without Fair 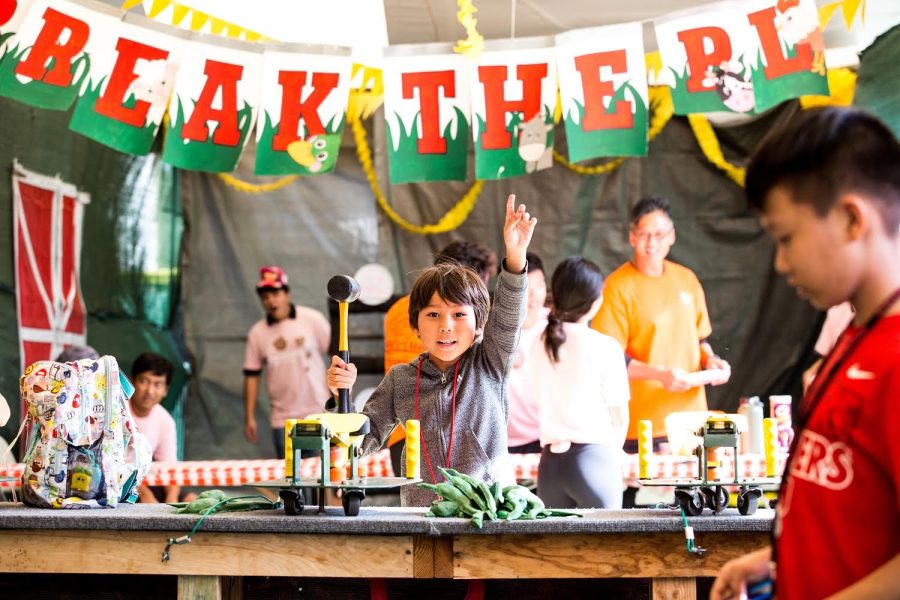 On March 13 the ‘Iolani Fair Office announced its decision to cancel this year’s ‘Iolani Fair amid fears of spreading the COVID-19 virus.  Co-chairs of the fair committee said that the deciding factor was on March 11 when WHO (World Health Organization) declared COVID-19 a global pandemic. Both pieces of news devastated ‘Iolani students. Many either took to their friends or to social media to show their sad reactions to the news.

This year’s fair theme was Lights, Camera, Action. Student co-chairs said that unlike past fairs, they had plans on including the Weinberg Lanai area in the fair activities. They planned on creating a massive film strip with every fair theme logo  placed in each square of the film strip. They also designed and were ready to fabricate Hollywood Stars that would have the name of all the student overall co-chairs dating back to the first Fair, honoring the long standing ‘Iolani tradition.

Student co-chairs first considered cancelling the fair when Governor Ige announced that the first case of COVID-19 had reached the islands. However, the co-chairs continued to work as though everything was still scheduled. When it became obvious that the ‘Iolani Fair simply could not take place, the co-chairs were devastated. Co-chair Logan Horita ’21 said, “Even prior to me attending ‘Iolani, I had always wanted to be an Overall Co-chair for ‘Iolani Fair. When the opportunity for me to do so arose my freshman year, I was ecstatic. To have it taken from me and the rest of the team is difficult, but canceling Fair was the right thing to do.”

‘Iolani students were very saddened by the news, but most agreed it was in the best interest of the community’s safety. One student in eighth grade, who wishes to remain anonymous, said she knew it was inevitable that the fair would be cancelled because it was too large a gathering. However, students were still disappointed because the fair is the highlight of the school year for most of them. Most say that it is a highlight of the school year because of the fun rides and great food, as well as the break from school. Aside from those things, some students also said that working at the fair is very memorable. This is especially true for juniors who are in charge of selling malasadas, a staple at the fair. “It is very sad because I was excited to see all the hard work our overall co-chairs had done and it would have been fun to see our grade run the fair.” Said “Junior Michael Shiinoki.

The Fair was supposed to take place this past weekend, but co-chairs keep a positive mindset. The stay at home order has allowed for them to reflect on the successes of the process and not the unfortunate cancelling of the fair. It is a good reminder that during quarantine we should reflect on the good times rather than sulk over our unfortunate situation.