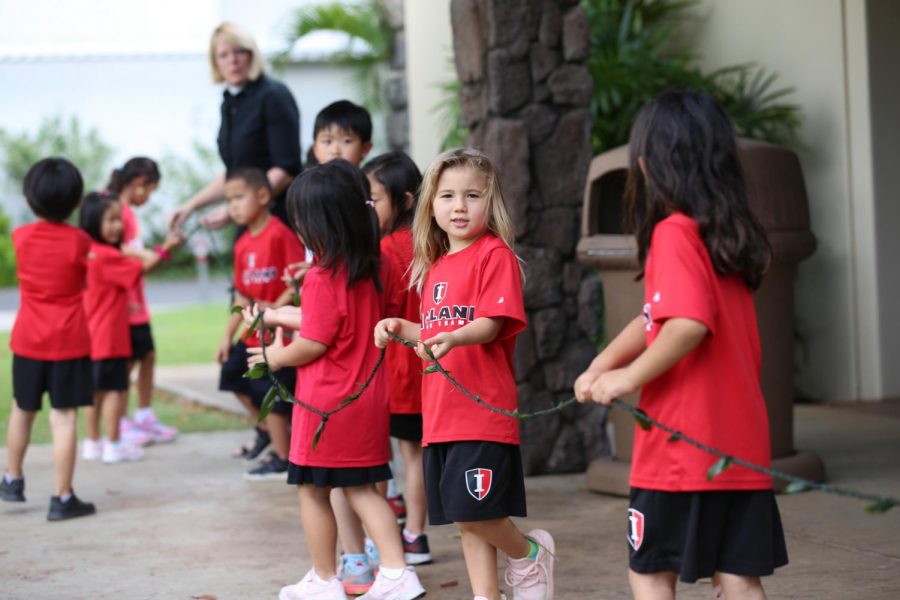 On February 7, students will celebrate ‘Iolani’s Founder’s Day Chapel in remembrance of King Kamehameha IV and Queen Emma, who worked to establish ‘Iolani School from its early beginnings. While they stand as one of many pioneers of ‘Iolani School, many students know very little about the royals who founded their school and laid the foundation of modern Hawai’i. The story of King Kamehameha IV and Queen Emma is immensely long, but the root of their work as monarchs boils down to bettering the lives of the Hawaiian people. Together, the king and queen worked to modernize medical practices, establish a Christian faith, and provide a better education for the youth of Hawai’i.
Born Alexander ‘Iolani Liholiho, the future king of the Hawai’i spent his early years enrolled in the Chief’s Children’s School on Oahu before traveling around the world at the age of 15 to gain recognition for Hawai’i as an independent nation. While abroad, the young prince learned the importance and value of broadening his knowledge of the outside world in order to better his situation at home.
Liholiho would finally be able to put his knowledge to use at the age of 20, when he was officially inaugurated as king and received the new name Kamehameha IV. He soon married his childhood sweetheart, Queen Emma Na’ea Rooke, and together they worked to modernize the islands. Seeing that the Hawaiian population was in decline due to foreign diseases, the royal family first worked to establish what is now the Queen’s Medical Center in 1860 to provide modern health care to a dying generation. In fact, the king and queen went door-to-door themselves, requesting donations for the hospital, which stands today as one of the most highly respected medical centers in America.
The king and queen then petitioned to bring the Church of England to the Islands, a goal of the Hawaiian monarchs since the days of Kamehameha I, but it was the connections which Kamehameha IV made with English bishops that finally permitted the first appointed bishop of Honolulu, Bishop Thomas Staley, to enter Oahu in 1862. Upon Bishop Staley’s arrival, both King Kamehameha IV and Queen Emma were baptized and officially began the Church of Hawai’i.
With the church finally established, one of the last goals of the royal family was to expand a better education to the children of Hawai’i. This included King Kamehameha’s involvement with ‘Iolani, where they, along with Bishop Staley and reverends from the Church of England, founded the first ‘Iolani School in 1862 in Nu’uanu Valley. Queen Emma then expanded the school to include secondary classes. After years of growth, ‘Iolani would move to its current Ala Wai property in 1953 and admit its first female class in 1979. Today, ‘Iolani School is one of the most highly regarded private schools in America, with award winning faculty and staff, state-of-the-art facilities and a dedication to teaching the brightest minds of the future.
Sadly, King Kamehameha would not live to see the success of the school, as he died in 1863 at the young age of 29. Queen Emma carried on his legacy of modernization until her eventual death at age 49 in 1885. Although they did not live long lives, King Kamehameha IV and Queen Emma still prove to be two of the most influential figures of modern Hawai’i.
This year, in the seventh annual Founders’ Day Chapel, organizers have decided to honor the King and Queen with themes of teamwork and community.
Hawaiian History teacher one of the major organizers of Founders’ Day Chapel Mrs. Albinio explained that, “This year we’re honoring the One Team, like Laulima, many hands working together of service,” and further specified that the focus this year was to present, “how we serve our community and our school.”
Mrs. Albinio did her part in bringing the community together by organizing school-wide lei making events. These lei will be presented to the King and Queen at Founders’ Day Chapel as ho’okupu, or special gifts that act as expressions of respect. Later, the lei will be taken to the royal cemeteries along with select ‘Iolani dancers to honor the founders in front of their burial site.
Although this is a relatively new tradition, faculty and students have recognized its importance to the school community. As Mrs. Albinio explained, “This is a rare opportunity for us to show not only Our school community, but the larger community that our past exists and it is a teachable moment where we can honor our Ali’i.”
Now, 158 years after the school’s initial founding, students attending ‘Iolani have the opportunity to learn about the origins of their school and honor the founders before them. From advancements in medicine to world recognition of the islands, ‘Iolani students today know that if there is ever anyone to thank for the opportunities we have on island, they would be King Kamehameha IV and Queen Emma.