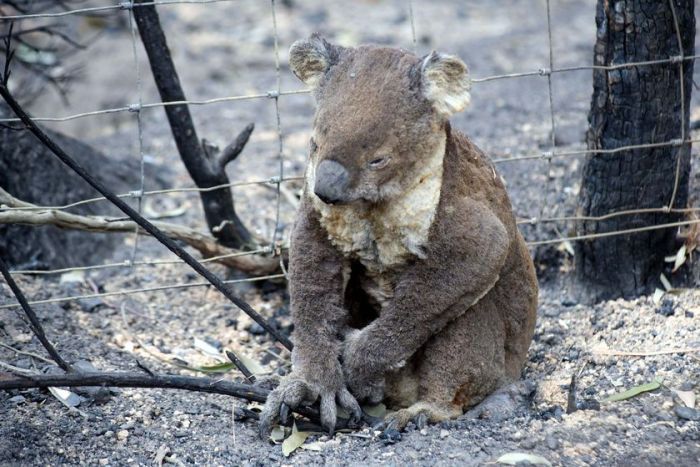 As bushfires raged throughout the summer season in Australia, the unique Australian wildlife population suffered tremendous damage. A staggering one billion animals are estimated to have died, with one of Australia’s most iconic species among them: the koala.
Koalas suffered a population loss of approximately 25,000 as the wildfires burned down their habitat and primary food source, Eucalyptus. Koalas currently have a conservation status of “vulnerable,” according to the International Union for Conservation of Nature. They are likely to become endangered unless current conditions improve. Due to their lack of mobility, koalas were particularly vulnerable to the fire as it rushed from tree to tree.
“It’s the less mobile species and the smaller ones that depend on the forest itself that are really in the firing line,” said Chris Dickman, a biodiversity expert at the University of Sydney. Due to their tendency to sleep for as many as 23 hours a day, koalas were frequently struck by flames while resting on Eucalyptus trees.
Along with those killed, many koalas were severely burned and had to be transported to local hospitals, such as Port Macquarie Koala Hospital located in the state of New South Wales. Some especially severe burns required surgery, and even after the treatment, many koalas still struggled to climb trees. Injured koalas were primarily treated by volunteer workers.
As the fire subsides and more koalas receive treatment, members of the ‘Iolani community are encouraged to help out in any way they can. Many ‘Iolani students helped raise awareness for the fires and related issues by sharing social media posts and contributing funds to wildlife organizations. Others sent prayers to Australia from St. Alban’s Chapel. Considering that global warming is believed to be an indirect cause of the fire, the disaster is not as distant as it may seem.