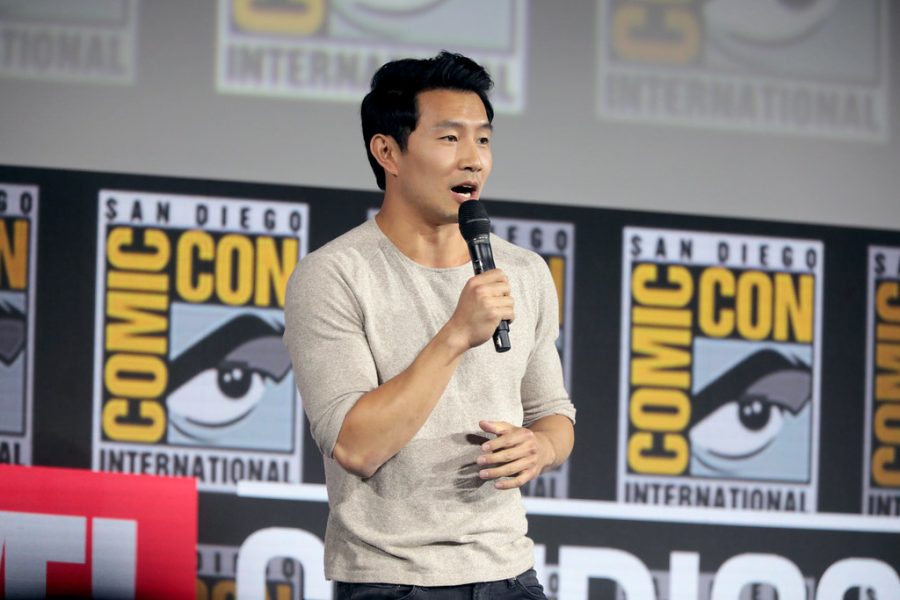 Did you enjoy the film?

Yes, I enjoyed “Shang-Chi and the Legend of the Ten Rings” very much. I worried about being disappointed, but the film actually exceeded my expectations.

How does this film differ in its representation of Asian culture compared to films before?

That’s a tricky question. I have heard an argument that the movie simply repackages Asian stereotypes — showcasing China as some mystical land where everyone knows kung-fu. While I understand the reasoning behind this, I’d argue that thousands of Chinese films, novels, and comic books focus on the same tropes. “Shang-Chi” is telling the story through an Asian lens and is, in part, a loving tribute to the Chinese Wuxia genre which is all about martial arts and fantasy settings. I think the film’s biggest rejection of Asian stereotypes is the casting of Tony Leung Chiu-Wai as Wenwu. He’s a terrific actor and a bonafide movie star, bringing gravitas to a role that could have easily been played and written as a cackling one-note villain. Thematically, “Shang-Chi” is all about family, and although Wenwu might be the ‘bad guy,’ his motivation makes perfect sense–he is simply trying to reunite with his wife and children. All the CGI-fantasy spectacle and gravity-defying martial arts would be meaningless without our investment in the family drama.

Where does this fit in terms of Asian cinema coming out of Asia compared to Marvel being an Asian-American phenomenon?

Well when watching the film, you can see that there is a lot of inspiration from Hong Kong cinema. The early scene of Shang-Chi’s fight on the bus is very reminiscent of Jackie Chan’s best work, with one of his films actually featuring a bus. In terms of Chinese Wuxia films by directors like Tsui Hark, whether they be “Swordsman” or “Once Upon A Time in China”, all of these martial arts/action films and this movie in particular is more of a Marvel interpretation of that. They really did their homework through studying the films, hired Brad Allen, who passed away as the movie was in post-production, as the stunt-coordinator who had worked with Jackie Chan and this film overall was very reverent of the Chinese martial arts cinema.

Where will the film stand in terms of its impact on how Asians are represented?

Time will tell. Going forward, one hopes it will lead to more three-dimensional Asian characters in cinema and television. The film’s two main characters — Shang-Chi and Katy — are Chinese Americans, and their story is a recognizably Asian American one. In different ways, they are both a bit lost, burdened by the weight of parental expectations while also trying to forge their own paths. Although martial artists like Bruce Lee, Jackie Chan, and Jet Li certainly paved the way for “Shang-Chi”’s existence, the fact that we see Shang-Chi and Katy as people first — flawed, humorous, and likable — really goes against certain Asian stereotypes. It’s the little things too, like Shang-Chi taking his shoes off at Katy’s grandma’s house. You don’t know how many movies and TV shows there are that depict Asian households with people wearing their dirty shoes inside the house! So, in a movie about dragons and magic powers, I appreciate the attention to realism!

How will this film impact how certain people see Asians in general?

Well that is certainly a tough question. It is hard to mind-read or know. Ultimately, when you think about Asian-Americans, their portrayals in the past have been very one-dimensional,  stereotyped, caricatured, individuals. There are so many instances of actors being asked to speak with a fake accent and things like that. As I said earlier, the film has a more human portrayal in a very extraordinary genre. The one key thing that I believe is good in the Marvel formula is that there is a lot of humor and I think showing these Chinese-American characters who are just regular people who happen to get tied into these extraordinary circumstances. That can only help in breaking down these barriers that have unfortunately been around for a long time. It could very well be a positive thing going forward.

Do you predict that the success of this film will cause an increase of Asian-led projects?

In the short term, absolutely. We can’t forget the impact of “Crazy Rich Asians”. There’s no doubt that Marvel felt more confident about “Shang-Chi” after the success of that film, and we’ve seen a lot more Asian and Asian American-led projects since then. So, the box office and critical success of “Shang-Chi” will hopefully give studios the confidence to green-light even more films and television shows led by Asian and Asian American artists. In the long term, who knows? There have been different flashpoints in history — 1973 with Bruce Lee in “Enter the Dragon” and 1993 with the Amy Tan adaptation “The Joy Luck Club” — but these films didn’t necessarily cause an overnight change when it came to the casting of Asians in Hollywood films. It took time to get to this point, but maybe we are witnessing the beginning of an Asian American renaissance.

Will it actually be fueled by a company’s desire to be inclusive or would it simply be to make more money?

These studios are trying to make more money, that is their bottom line and they realize that there are all kinds of different audiences who are willing to pay to see their stories on screen. There is a noble aspect to it in the sense that there is a push towards inclusivity, to put people on screen who haven’t been represented in the past, but there is always the spectre of money and business and what makes good business sense to them. I won’t say that it is entirely altruistic.

While Shang-Chi is obviously more of a Chinese-American superhero, do you think that the success of the film will open the doors for a Filipino or a Japanese-American hero?

I think it is certainly possible. Once something has been shown to be successful, there are all of these opportunities available. It is now simply the question of whether these studios will green-light these pictures, and there are a lot of Filipino and Japanese creatives, whether they be screenwriters, actors, or directors, who are just itching to tell their stories. There is the hope that this film will lead to more projects that include other Asian ethnicities. With the popularity of K-pop or K-dramas, I can see that even in certain Marvel films that they’re incorporating some of these elements, with “Shang-Chi” being the most prominent example of this. It is certainly looking hopeful, but you can never know what’s going to happen.