2020 on Track to be the Warmest Year on Record 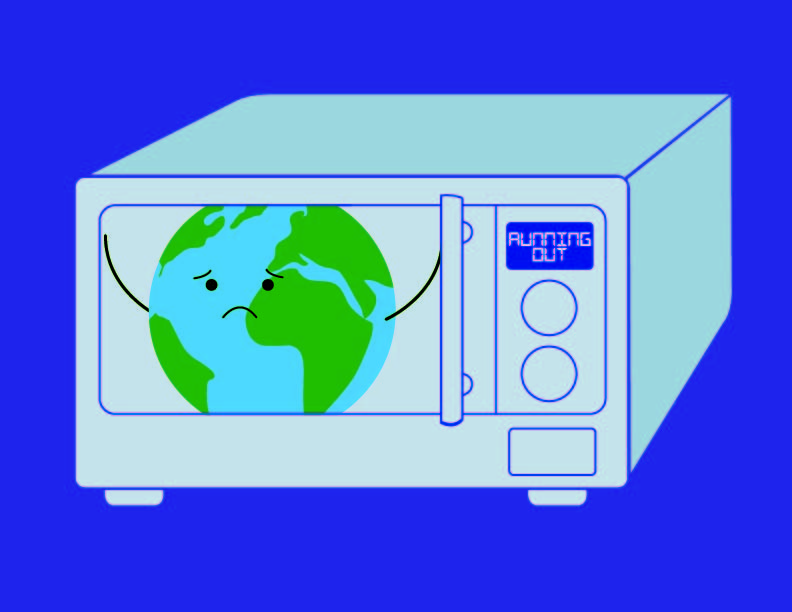 Graphic by Lauren I.

The first day of autumn 2020 was Sept. 22; however, here in Hawaiʻi, we are still waiting for the sweater weather season to begin. Although temperatures are expected to drop during November, the National Oceanic and Atmospheric Administration (NOAA) Climate Prediction Center expects higher averages throughout the United States for the rest of the fall season. So far, 2020 has been the second-warmest year, only 0.07 degrees Fahrenheit below 2016, the current hottest year since records began in the mid-nineteenth century. Reports from various research groups, including National Aeronautics and Space Administration (NASA), NOAA, Met Hadley Office Center/University of East Anglia (UEA), Berkeley Earth, Cowtan and Way and the Copernicus Climate Change Service predict that 2020 will take 2016’s place as the warmest recorded year. Climate scientist Dr. Zeke Hausfather points out that this event is even more significant as it will lack any significant El Niño event, which has been a large contributor to warm years prior.

The first nine months of 2020 have seen hot temperatures. January, April, May, June, July and September saw record temperatures in global surface temperature datasets. The Copernicus Climate Change Service announced that September 2020 was the warmest month on record worldwide. According to NOAA, the average global temperature was 1.75 degrees Fahrenheit (0.97 degrees Celsius) above the twentieth-century average.

Climate models predict future warming based on the current emissions of greenhouse gases and other climate-influencing factors. Record concentrations of greenhouse gases, such as carbon dioxide, methane and nitrous oxide in the atmosphere, have caused more extraordinary climate-related disasters. In 2020, there have been several extreme weather events, including wildfires in Alaska, intense hurricanes in the Caribbean, flooding in France, and heatwaves in China. Scientists warn of more frequent and severe weather events as the climate worsens. Following 2012, summer 2020 had the second-lowest Arctic sea ice levels on record, posing a dual threat to both Arctic life and global sea levels.

Without dramatic action, the world is on track to warm at least three degrees Celsius per year by 2100. Although there have been efforts to reduce carbon emissions, such as California’s restriction on gasoline-fueled cars’ sales by 2035, these small efforts are insufficient to prevent the issue alone. According to the Intergovernmental Panel on Climate Change, the previously agreed-upon target of limiting the average temperature increase to no more than two degrees Celsius is not a safe threshold. President-elect Joe Biden’s climate change plan aims to achieve a 100 percent clean energy economy in the U.S. and reach net-zero emissions no later than 2050. However, incumbent President Donald Trump’s support of fossil fuel industries, especially the natural gas industry, suggests his indifference towards the climate crisis. Had Trump won another term, the goal of staying under the two-degree rise would have been unlikely, and changes to the climate would be irreversible.

Although leaders from older generations have the power to influence climate action, several individuals from younger generations have come forward to demand measures to combat climate change. In recent years, environmental activists like Greta Thunberg have stressed the importance of taking action against climate change, understanding that the actions or inactions are taken now will dramatically impact the climate our generation must deal with in the future.