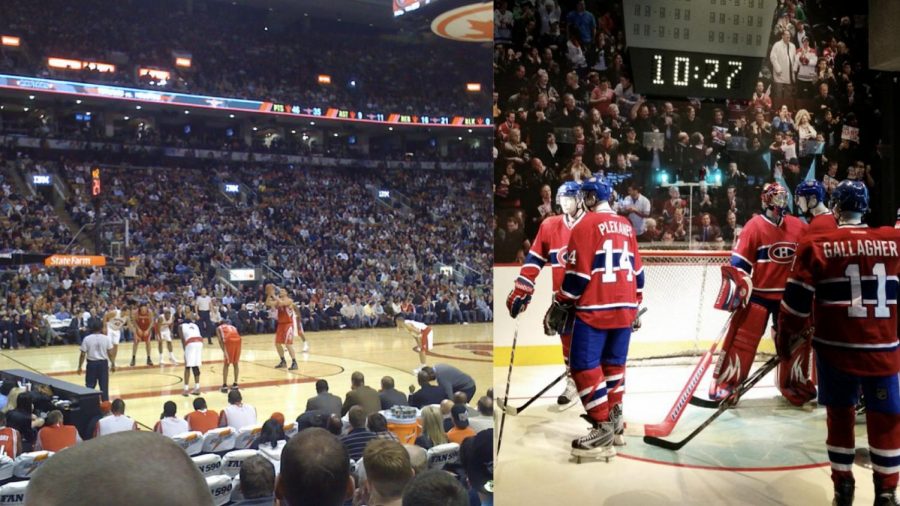 When the COVID-19 pandemic began, all sports were suspended due to safety protocols. It was no surprise that when their seasons restarted, many changes were implemented. But now, even after we have created a new “normal,” procedures have yet to be changed, especially in the NHL and NBA due to the Canadian-American border situation. On March 21, America and Canada agreed that due to the current situation with the coronavirus, the safest option would be to close the borders for non-essential travel.

Ever since, the border reopening date has consistently been pushed back and is currently set for Nov. 21. Although the NBA bubble was located in Orlando, Florida, the NHL bubbles were set in Toronto and Edmonton. To help the efforts of the season, the border was temporarily opened for all the teams to come into the country. Despite that, the Prime Minister of Canada, Justin Trudeau, stated that they cannot constantly allow the travel of sports teams in and out of the country.

While there are enough NHL teams in Canada to create their own league, the lone Canadian NBA team, the Toronto Raptors, cannot say the same. Since the Raptors are the only non-American team in the league, many stadiums and arenas in America have offered spaces for them to play and practice. Louisville, Kansas City, and Buffalo are all places that have offered an arena and so far, Buffalo seems to be the most promising option. The offer from Louisville was quickly turned down by the Raptors due to the handling of Breonna Taylor’s murder case. Since New York has so many sporting arenas, the mayor of Buffalo proposed that New York would be the perfect temporary “home” for the Raptors. He proposed that they could play in the Buffalo Sabres Keybank Arena for the season. While New York also has their own team, the Knicks are located 381 miles away in Madison Square Garden so being in close proximity would not be a problem. The Raptors moving to Buffalo would also be convenient for the league since it would not be necessary for the team to change from the eastern to the western conference. However, we cannot say the same about the NHL.

The NBA only has one foreign team that could easily relocate but the NHL has seven that are unable to relocate as easily. Although the Toronto Raptors’ possible relocation would not cause any conflict between conferences, the possible NHL setup is one that may cause a lot of confusion. All seven teams come from different conferences so the divisional realignment could be quite complicated. While the NHL is set to go back into play on Jan. 1, the Canadian league came to an agreement that it would be in their best interests to start a month later on Feb. 1. There are also many additional problems with this new league such as a later end date as well as an odd number of teams. Although these new setups are not ideal, the audience, along with the players, would do anything to be able to watch and play their sports again.