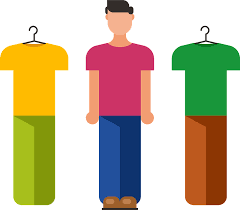 A student-formed petition was created on Change, calling for reform to the ‘Iolani School dress code. The site for virtual users to sign petitions became popular over quarantine on social media, with petitions calling for justice for the murders of Breonna Taylor, Elijah Mcclain, etc. amassing millions of virtual signatures. The petition was posted on Thursday, Oct. 1 at the end of the school day. The petition erupted within hours of its initiation with multiple students from various grades spreading the message on social media. The petition was started by the user “Radio Rebel,” who wanted to effectuate a revised dress code in recognition of the effect PPE has on students. In an interview with Radio Rebel, we asked them some short questions regarding the intentions of the petition:

What is the central purpose of the petition?

The purpose of creating the petition was to spark conversation and hopefully lead to a change in the ‘Iolani dress code during COVID-19. With the school’s extremely necessary PPE mandate, many students have expressed concerns about the dress code due to heat, and our increased time spent outdoors with the additional attire. We decided that it was time to hear our classmates’ thoughts and hopefully call the administration’s attention to this issue. The petition was intended to be the first step towards a dress code reform, the second being a meeting with the administration. The information gathered from the petition will be referenced during the meeting.

If the school does change the dress code, what would the new reformed dress code look like?

A reformed dress code would hopefully make room for more clothing tailored for outdoor activity, such as tank tops and slippers. Although it has always been hot during school, the heat feels much more prevalent this year as students spend more time outdoors in their PPE. Tank tops and slippers allow some flexibility with student’s clothing and would be our main goals in reformed dress code.

What brought you the idea to make this petition?

The petition was a spur of the moment decision we made during our free period while we were discussing how hot we were. Upon reflecting on the general consensus that we’ve gathered from other students, we realized that it was time to take the initiative to change a longstanding issue at ‘Iolani that has been rekindled with our new circumstances.

What is your reaction to how fast the petition was signed and spread through social media?

We were very happy with how fast the petition was able to spread. We knew that the petition would get a lot of feedback, considering that students have strong opinions on the dress code, but it is still exciting to see the progress made. It is evident that many students feel uncomfortable with our current dress code amid COVID-19, so we hope that the petition can shed light on the issues needing to be addressed.

Do you plan on taking this petition and the signatures to Mr. Yamamoto, Mr. Brown, and/or Dr. Cottrell?

We plan to meet with the deans sometime soon with a few other student representatives. There is no guarantee that that will happen, but we are hopeful that some type of change is instituted. We are grateful that our administration took this as an opportunity to listen to us, the student body.

In the coming weeks, it will be interesting to see if the dress code is changed, considering PPE looks like it is here to stay for a considerable amount of time. Students should check their emails as “Radio Rebel” and a group of faculty are looking to introduce a new and appropriate dress code to go with the daily use of PPE.