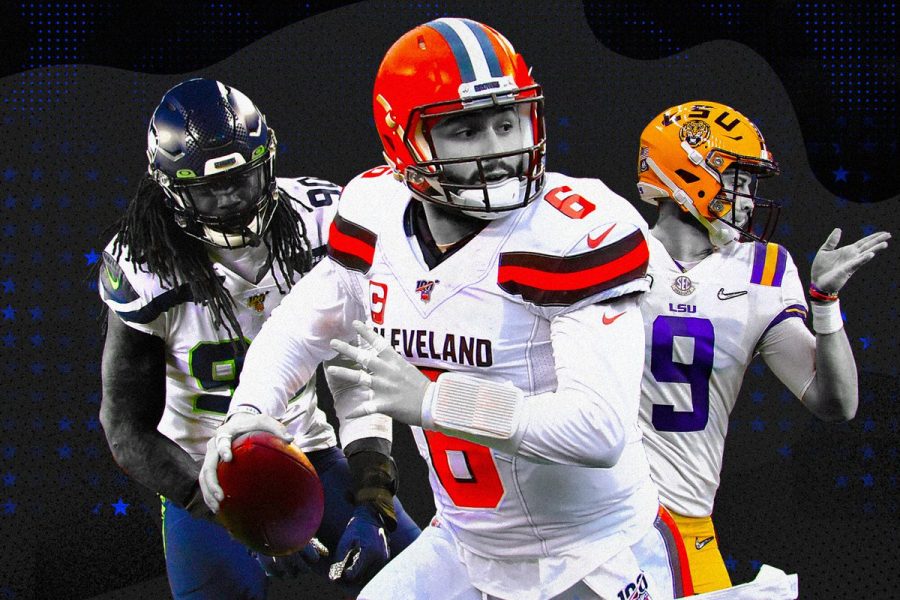 The National Football League has recently released its full season schedule for the 2020-2021 season. While of course it is still up in the air if we will even have an NFL season, the schedule release is still something to be excited about. Here are the top five games of the NFL 2020-21 season to look forward to.

This matchup in the past has meant nothing but a NFC-AFC game. However with the recent shake up and the Buccaneers acquiring Tom Brady and Rob Gronkowski, this should be a fun game to watch. On the other side Kansas City has been receiving all the hype for their quest to back to back super bowl victories. While the Buccaneers were the number one rush defense this past season, they will be tested through the air in this mid-season battle. The defense must keep Patrick Mahomes from getting hot and connecting to his star assets such as Travis Kelce or Tyreek Hill. While this game may not mean much to the playoff race, it should be a high scoring shootout that will have fans on the edge of their seats.

With the excitement that this game brought this past season, there is no doubt that this matchup will impress once again. It will be key for viewers to keep an eye on the trio of superstars coming from each side. Drew Brees (QB), Alvin Kamara (RB), and Michael Thomas (WR) will be the hometown heroes looking to get revenge after the last second loss. Patrick Mahones (QB), Tyreek Hill (WR), and Travis Kelce (TE) are looking to get back-to-back victories in the Crescent City. These two teams will battle in another game that will contend for game of the year.

The NFC South hasn’t been an overall impressive division in quite some time. The past three years the Saints have won the division title, New Orleans went 13-3 in two of three years. However with the Buccaneers and Panthers adding quarterbacks, this could be a division to watch. Now that superstars Tom Brady and Rob Gronkowski have landed on the Buccaneers, this game may have importance to it. This will be the first time Brady and Gronkowski put Buccaneer jerseys on. This will be the first time fans can judge if Tom Brady going to Tampa was a smart decision. He will be going up against veteran superstar, Drew Brees.

These two matchups will be key in week 17. With the Steelers/Browns matchup, these two teams will most likely be fighting for an AFC wild card spot to sneak into the playoffs. This matchup got heated last year with a fight breaking out to end the game. While the Baltimore Ravens will probably run away easily with the division, the winner of this game will have a chance in the playoffs.
The Seahawks v.s. 49ers rivalry has been one that has only gotten more interesting in recent years. Last year the away team was victorious in both matchups. Seattle won 27-24 in overtime at San Francisco, while the 49ers held on in Seattle 26-21. This year, this week 17 game will most likely decide who will walk away as NFC West champions. It will be a battle between two of the best quarterbacks in the league under the bright lights of LEVI’s Stadium.

The Chiefs and Ravens are the two juggernauts of the AFC. Both teams have MVP-caliber quarterbacks that are surrounded by a great supporting cast of all-stars. However, Baltimore may have a slight edge in this game, having a better defense and being at home. The Ravens only gave up 300 yards per game, which is top 5 in the NFL this past season. Kansas City prevailed in victory last season with a 33-28 home win. The two quarterbacks combined for 641 passing yards. Lamar Jackson will be trying to bounce back at home. Kansas City has a large target on their back for having won the super bowl last season. Everyone wants to beat the defending champs, and no one wants it more than Lamar and the Ravens. The key for the Chiefs to win this game is to limit Lamar Jackson’s running game. This quarterback is known for not just being able to pass the ball, but using his legs to get down the field as well. This game should be a classic and although it is early in the season, it could potentially decided who is #1 in the AFC.