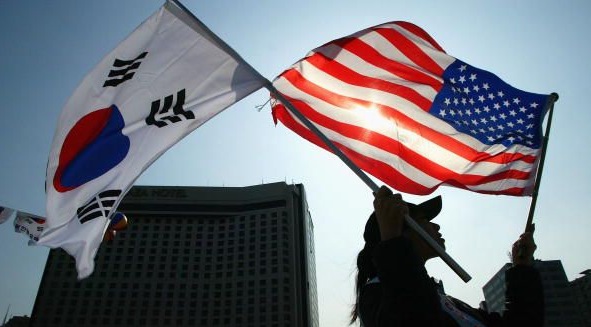 After World War II, Korean immigration to America grew exponentially. Some families came looking for work, while others came for a new life. Immigration was a popular choice made to get away from a broken Korea\; in addition, orphans or the less fortunate who could not travel with their families were adopted by American families. Many of the newly immigrated Koreans and war orphans grew up without much connection to their Korean background and culture, leading lives as Americans.
Now, Korean Americans are separated into smaller, more specific communities. In areas like Southern California, many Korean immigrant families that still practice their native culture tend to stick together. Other Korean Americans are less in touch with their culture and embrace a lifestyle more similar to that of the average white American.
In my experience, there is a clear distinction between more “whitewashed” Korean Americans and those who are more in tune with Korean culture and traditions. When I lived in Southern California in a town with a large population of Korean people, the two main groups were oftentimes separated. This was much more prevalent amongst the adults in the community I grew up in. Many of my Korean friends’ mothers would talk over dinner about how pitiful it is for a Korean person to not be able to talk, speak, or understand the language. Although it never really mattered as much within my age group, the more recently immigrated Korean students at my school would only talk amongst themselves in Korean. I ended up surrounding myself with people who stood in the middle of the two groups: whitewashed enough, but not Korean enough either.
However, church and “hagwon,” or afterschool/cram classes, always served as vessels of unity. Families and classmates commonly met and became closer at one or both of these places. Thus, living in a smaller town allowed the Korean Americans in my vicinity to create a tightly knit community through religion and the stereotypical but largely true prioritization of education and SAT scores.
Seeing how it was once forcefully taken away from them by imperialist Japan, Korean people have overall retained great pride in their nationality and sense of identity. It has become inevitably difficult to remove this separating line between white-washed individuals and Korean Americans retaining their rooted cultures. But perhaps once the barriers are broken down, progression of the Korean American community as a whole might continue and create more positive impacts for the benefit of all Asian Americans in the United States for generations to come.