A Deep Dive on the History Yellow Peril 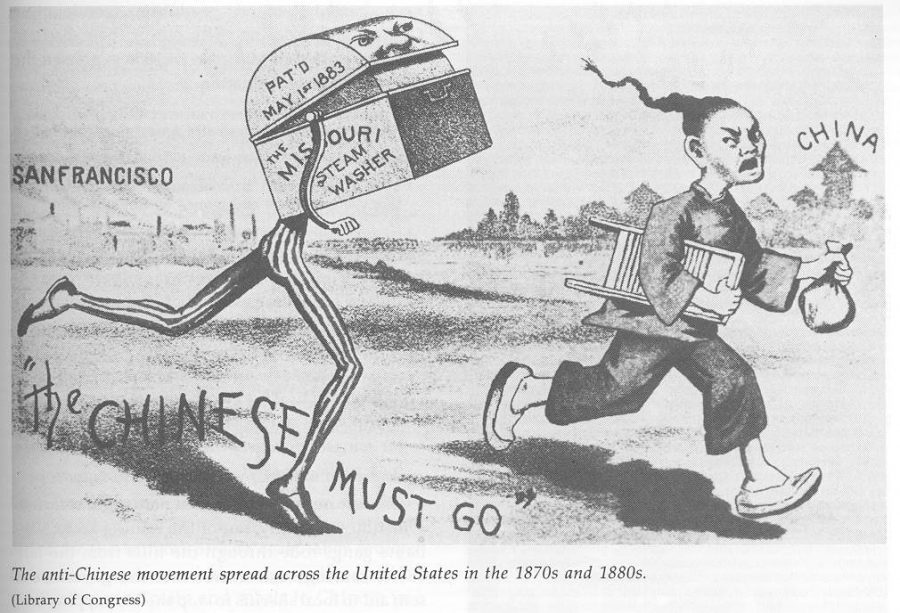 Many still perceive Asian Americans as perpetual foreigners. Despite being legally American, because of their phenotypic physical attributes and cultural differences, Asian Americans are “too different” to be seen as actual Americans. And that is the driving force behind yellow peril in America: fear of the unknown.

The term “yellow peril” was believed to have been coined by German Emperor Wilhelm II in 1895. A painting he commissioned became an influential political illustration which called on the “civilized” nations of Europe to defend against Asian conquest.
According to the Author and Scholar Dr. Gary Okihiro, yellow peril “arose from the fact of the rise of nonwhite peoples and their defiance of white supremacy. And while serving to contain the Other, the idea of the yellow peril also helped to define the white identity, within both a nationalist and an internationalist frame.”

This yellow peril paranoia characterized the treatment of the first Asian immigrants by the American white majority in mining industries and railroad construction during the mid 1800’s. After China was sucked dry by colonialism and the first opium wars, many Chinese fled into the unknown to escape violent uprisings, famine and a poor economy. When the California Gold Rush began in 1849, some Chinese immigrated to California, hoping to earn money for their families at home.

In response to what they perceived as a sort of invasion, white Americans adopted xenophobic protectionists tactics against the Chinese and other non-white immigrants. California imposed a high monthly tax on all foreign miners, forcing them to pay up if they wished to continue mining. The Chinese miners were given more dangerous and laborious jobs for lower pay compared to their white American counterparts. And the legal system offered little protection to the Chinese who were commonly targets of violent attacks at mining camps. Regardless, the Chinese continued coming to California.
When California hit record low unemployment rates following the end of the gold rush, many immigrants and white Americans fought for jobs that were traditionally reserved for the Chinese. Many Americans blamed the Chinese for “stealing” their jobs.
Popular imagery of the Chinese in the political sphere as well as pop culture depicted them as evil, thieving troublemakers who were disrupting the Western way of life. The most well known character that captures this period’s anti-Chinese sentiment was Dr. Fu Manchu, an evil Chinese villain in a series of crime novels.
During this time, the media harshly condemned the Chinese denouncing them as inferior and immoral: Chinese men were gang bangers and drug dealers while the women were prostitutes. The media’s abrupt change in coverage led to many racially motivated attacks against the Chinese, and it only worsened.
In 1871, a week-long altercation between two rival Chinese gangs led to a gang member and a police officer being shot dead. An angry mob of 500 captured a group of 17 Chinese men, who they believed shot the officer, and lynched them. Only one out of the 17 men was involved in the shooting, and only 10 of the 17 men were given a chance to stand trial before they were inevitably executed.
Two years later, after decades of being pressured by anti-Asian lobbyists, the federal district Court in California broke and ruled that the Chinese were ineligible for citizenship. Anti-Asian Sentiment in the west only continued growing, leading to the Chinese Exclusion Act of 1882––the first immigration law that barred an entire ethnic group from gaining citizenship and naturalization.

The Americans of this time were threatened by the Chinese because of their willingness and persistence to work hard despite being undervalued, discouraged and bullied, so they purposefully alienated them in an effort to preserve their own way of life.
In America, when tensions rise, especially between the US and Asia, the anti-Asian hatred and fear characterized by yellow peril is commonly redirected toward Asian Americans. We see this during WWII after the Japanese attack on Pearl Harbor, the Cold War when China fell to Mao Tzedong, when China threatened the US’s title as the world’s superpower and again today.
During this coronavirus pandemic, we see America return to a familiar state of yellow peril. Since the beginning of the year, reports of xenophobic and racist incidents targeting the Asian Americans have surged in tandem with the growing threat of the coronavirus. Yellow peril is not a forgotten historical fact, but a fear that is still bandied around today.